This farm has been in John’s family for generations, and we’ve lived here since we were married in 1973. For decades, it was a dairy farm with Holsteins and registered Brown Swiss comprising the herd. In 2003, we retired from dairying; now we have a small cow-calf beef operation and raise Percheron horses. We own and operate a small seed business, Ashland Seed Company, and farm approximately 300 acres of crops, mainly: alfalfa, wheat, barley, rye, radishes, oats, corn, soybeans, and pumpkins. 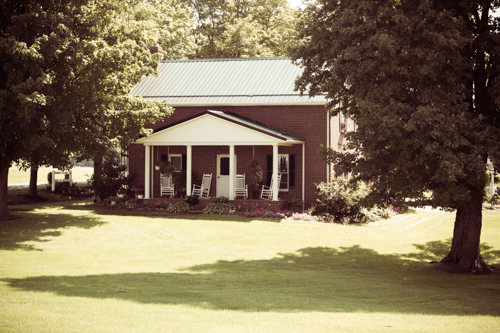 In 2006, we expanded our operation with the addition of a 20’ x 96’ greenhouse, in which we raise over 1000 hanging baskets and planters, as well as flats of vegetables, flowers, and herbs. That year we also added a 15’ x 96’ high tunnel, which extended our growing season, allowing us to offer homegrown produce weeks earlier than previously was possible. Since then we’ve added a second greenhouse and another high tunnel, which allowed us to expand our spring and summer enterprises. We recently replaced our small greenhouse with a much larger one and added a showroom with porch to tie the greenhouses together.

2017 is is our 18 th season for raising pumpkins, and we’ve been operating our corn mazes since 2000. Over the past several years we’ve added a straw maze and farm animal zoo for kids, an ice cream trailer, as well as a seasonal country store with refreshments, crafts, canned goods, and produce. In 2006, we launched our first pumpkin slingshot, The Pumpkin Pulverizer, adding another large slingshot and 2 smaller slingshots the following years. In 2007 we added 2 air-powered corn cannons, as well a food trailer operated by Gene and Joni Esbenshade. A couple of years ago, we added 2 more corn cannons and a craft show in our century-old barn, and the Esbenshades added a second food trailer. Last year, John’s sister Jane and her husband Gordon came aboard with their tasty kettle corn, and our daughter  Lauren and her husband Ben added delicious donuts and funnel cakes to expand the food offerings (and waistlines!) during our fall festival. And this year we built a new food trailer to replace our old one – but we’re still serving our delicious pumpkin ice cream and those amazing homemade apple dumplings!
We hope you’ll come visit us some time soon!